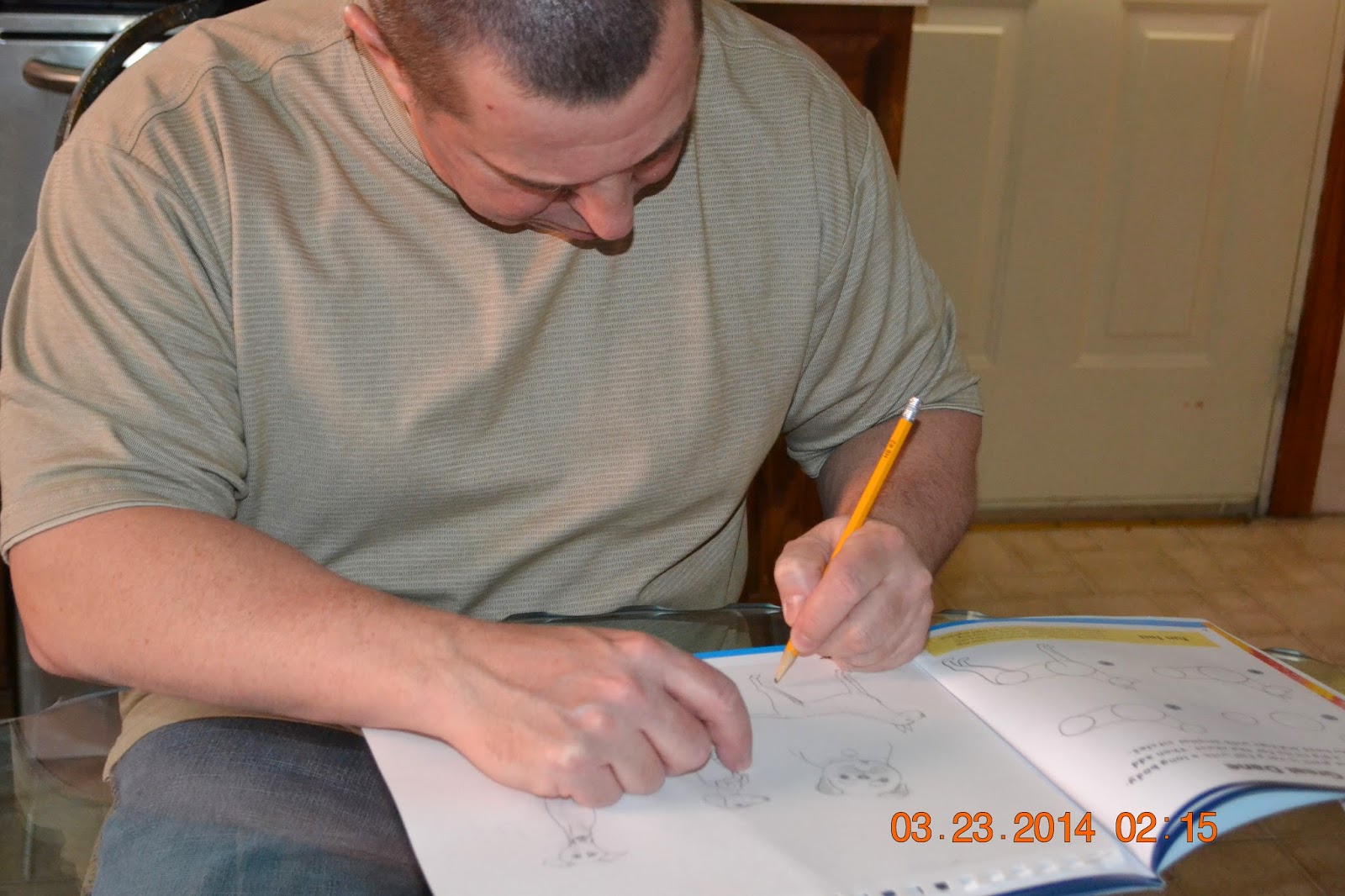 He doesn't think that he can draw but  based from what I see, he can. 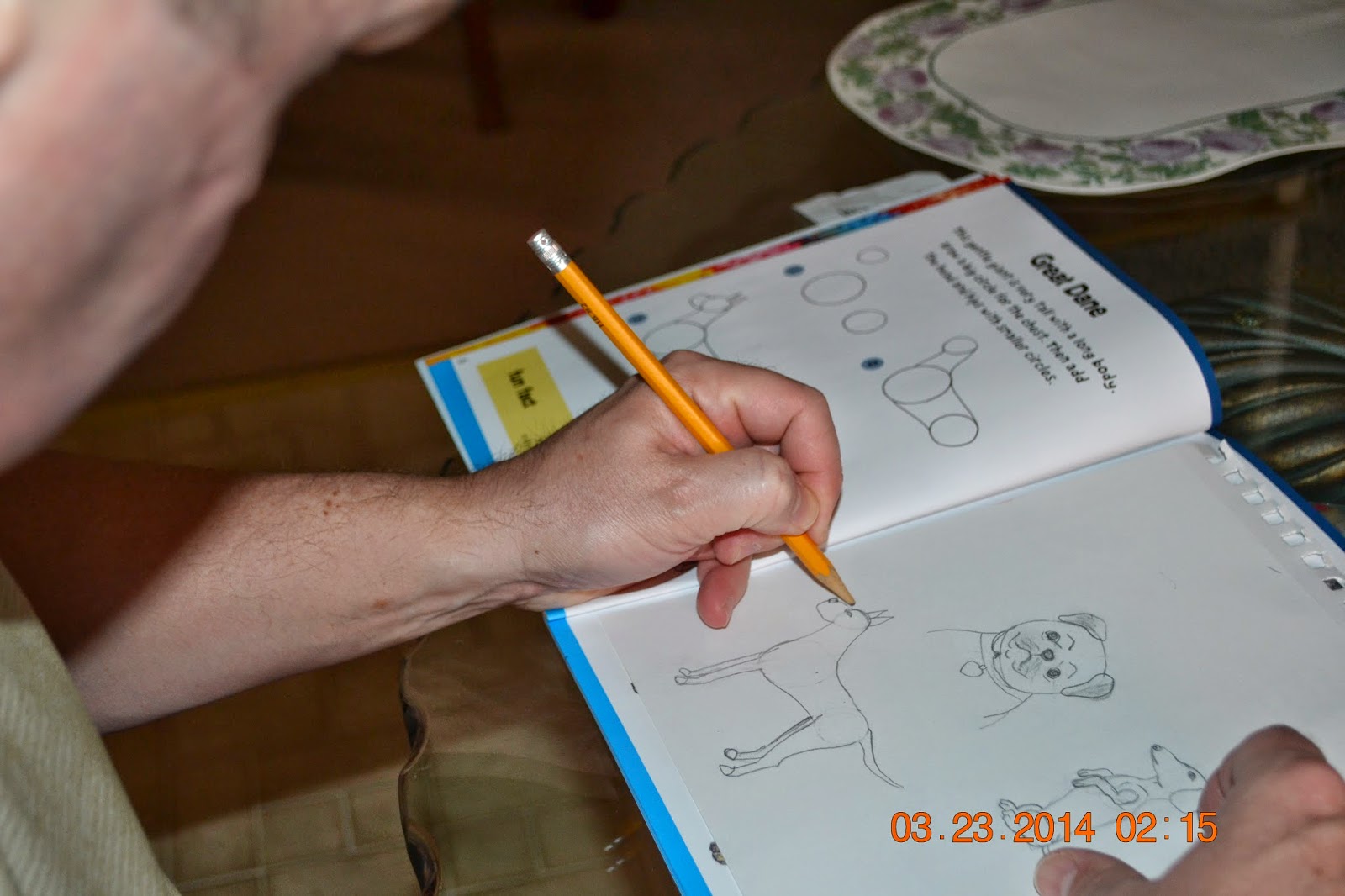 Most of my daughter's artistic side is from my  husband's family's trait although my paternal grandfather was also a kind of artist as he  craved woods when he was younger.  He used to  make  religious carvings and he plays  a lot of music instrument. 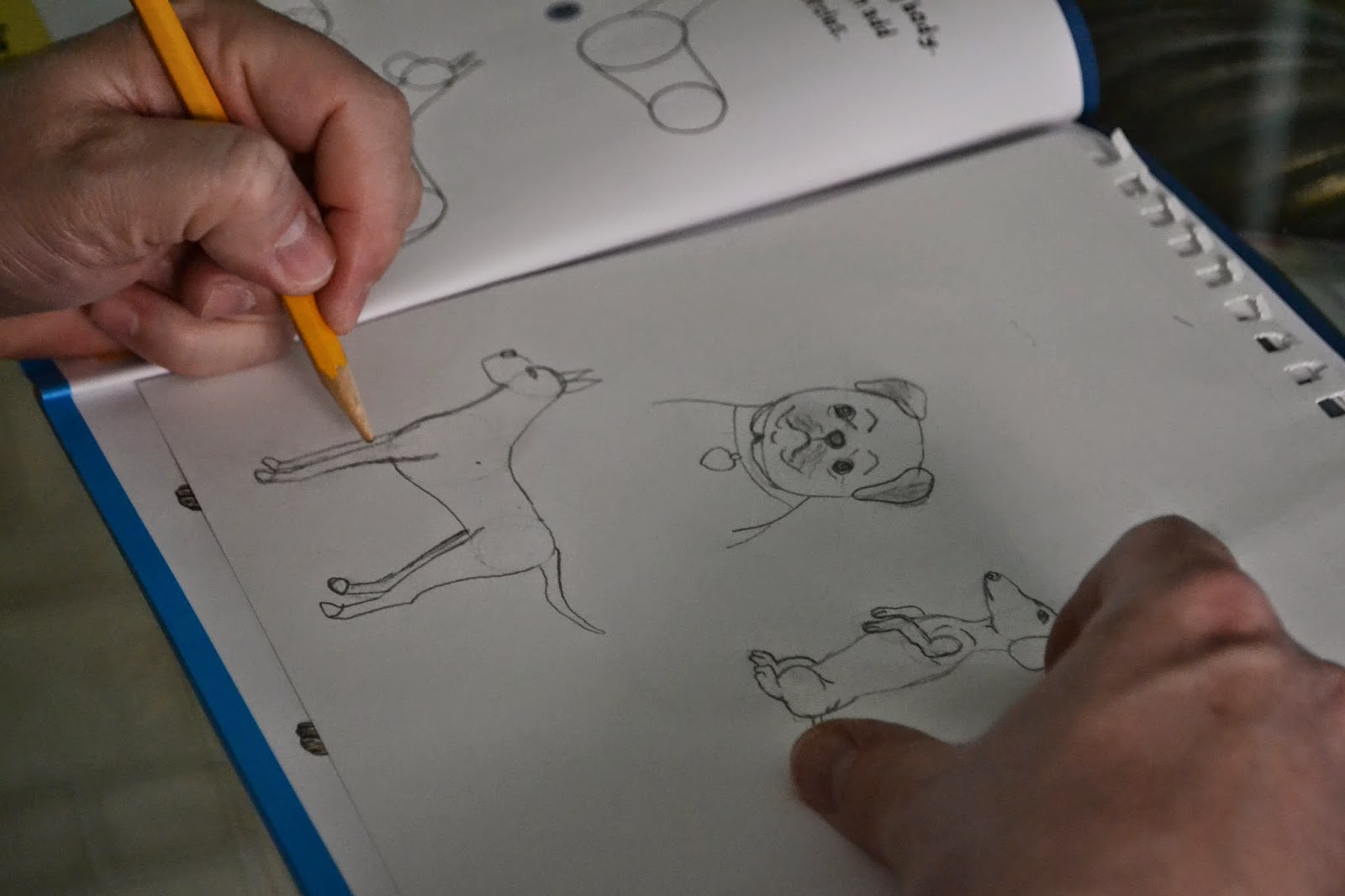 What do you think?  Do you think he can draw?  Oh did I ever tell you that he  played bass  when he was a teen? I have been encouraging him to play again, maybe it would inspire our son to  do the same.
at September 19, 2014 7 comments: