Audition to Mary Pappert School of Music at Doquesne University

When our daughter was in second grade, the music teacher at school saw rare musical skills with Ms. Burrito. She talked to me one time at school that our daughter has an exceptional talent in music and that we should consider putting her in a bigger school like Carnegie Mellon. She also asked me if she could spend some time with our daughter during her free time in school so she could teach Ms. Burrito some technique in playing the piano. According to her, Ms. Burrito is developing some wrong habit in playing piano like playing some keys using the wrong fingers or something like that.  She talked to my husband and encouraged us to  really consider in enrolling Rylie in a bigger school.  She gave us some contacts and she also  consulted the priest  at our church.  Fr. Manny then suggested for Ms. Burrito to try at Doquesne. 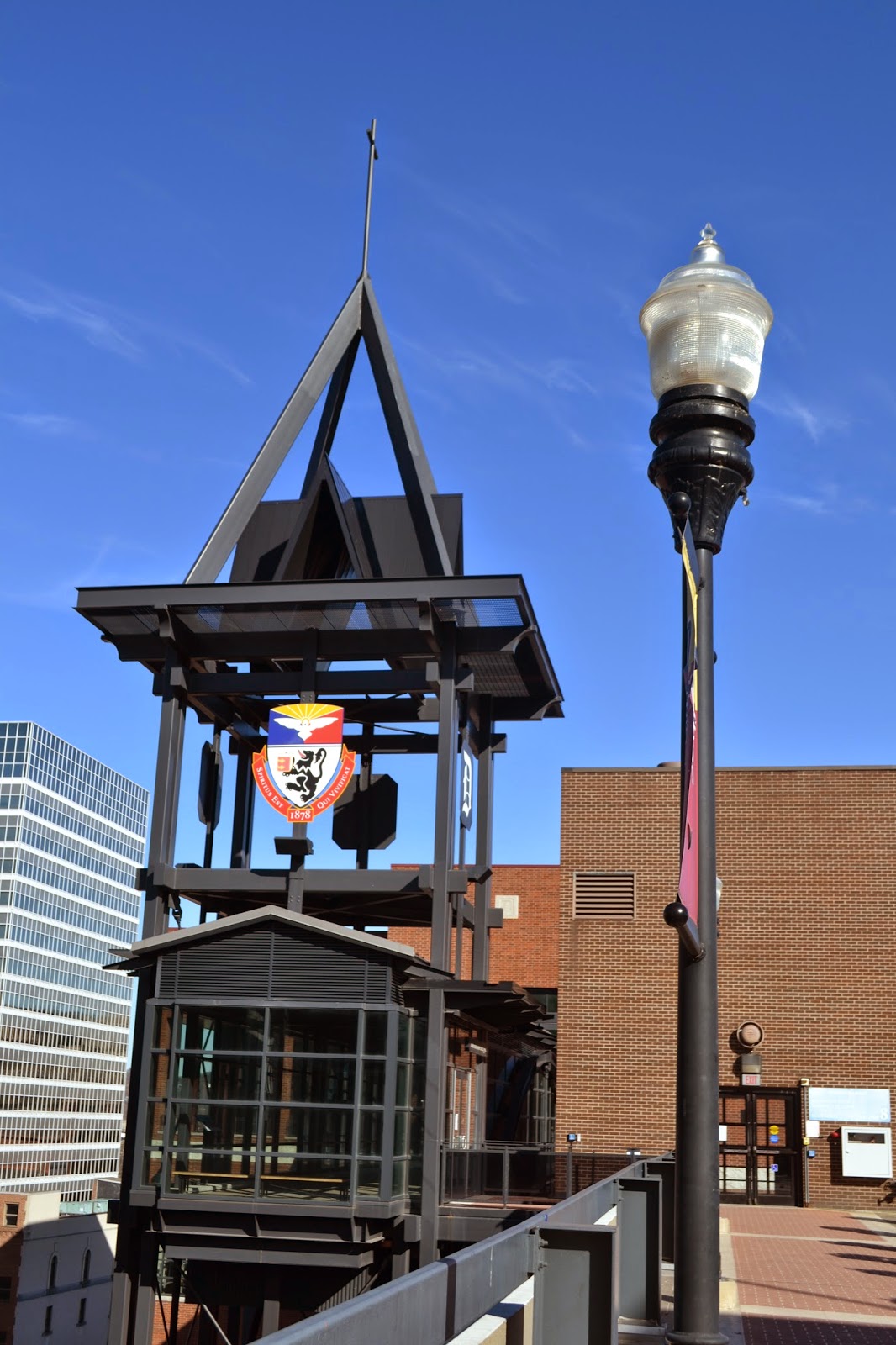 We set her an appointment on February 22nd so she could audition to their music program. 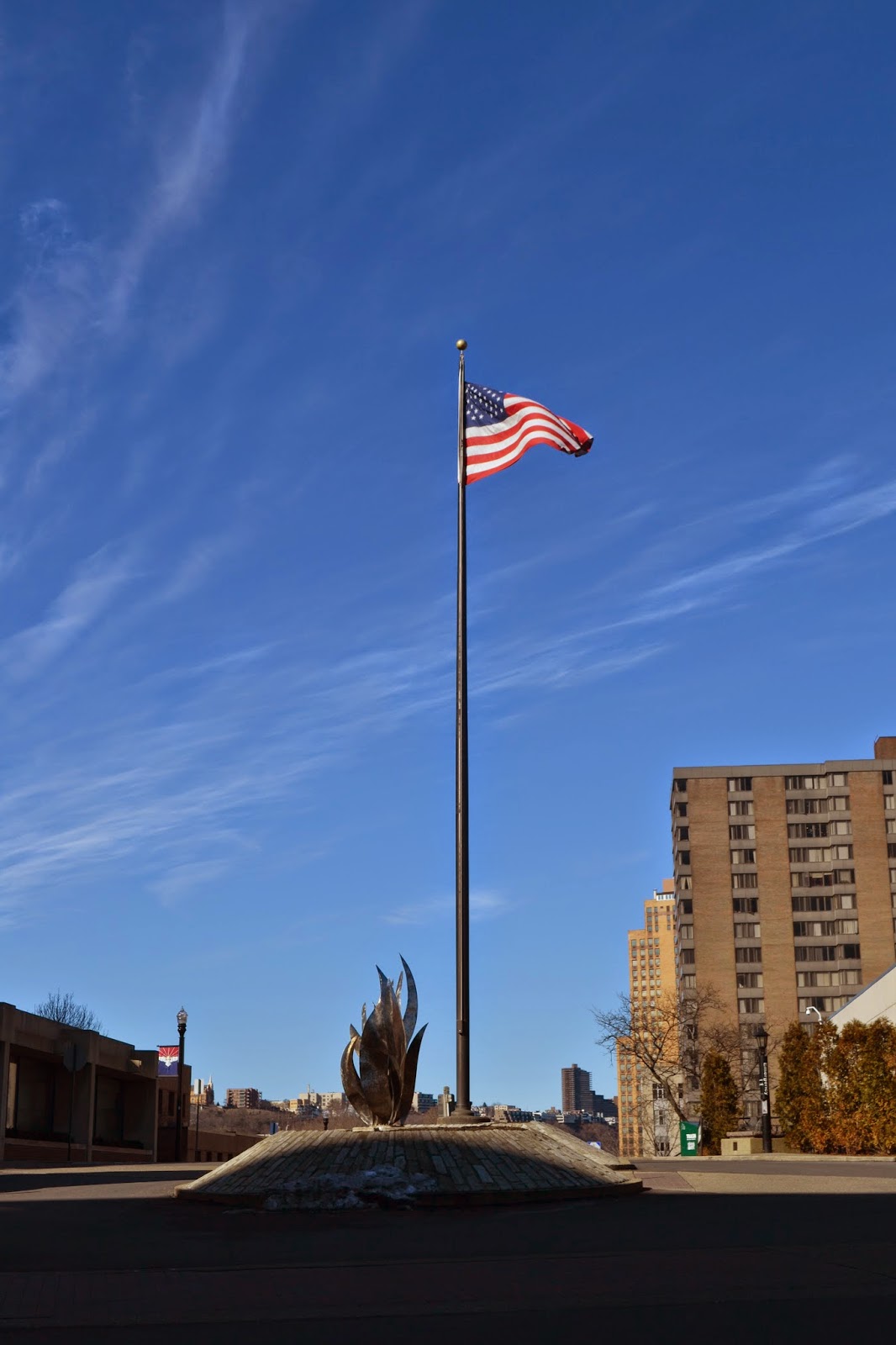 Doquesne University is huge and Mary Pappert School of Music is just one of the many buildings inside the campus. 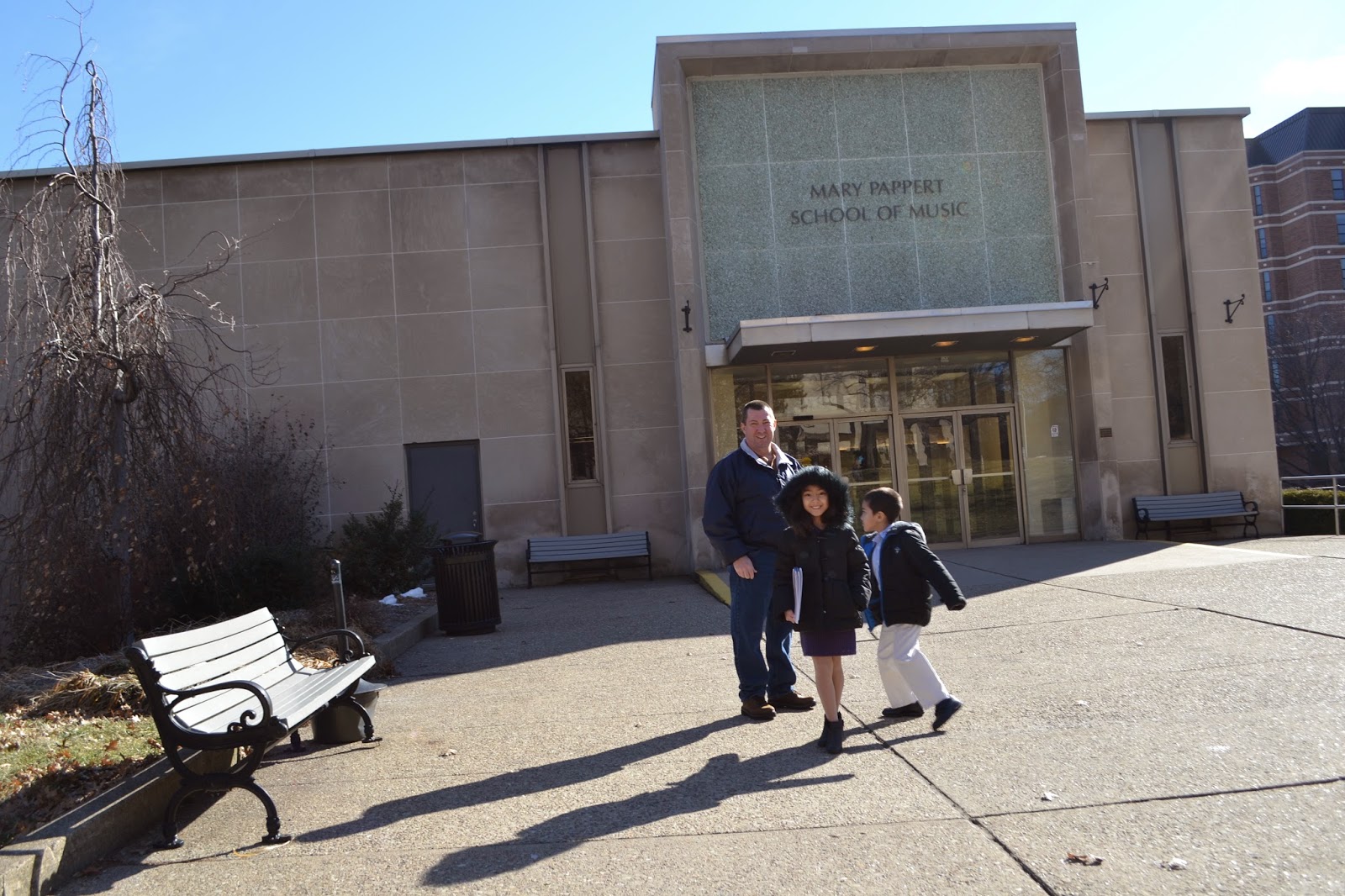 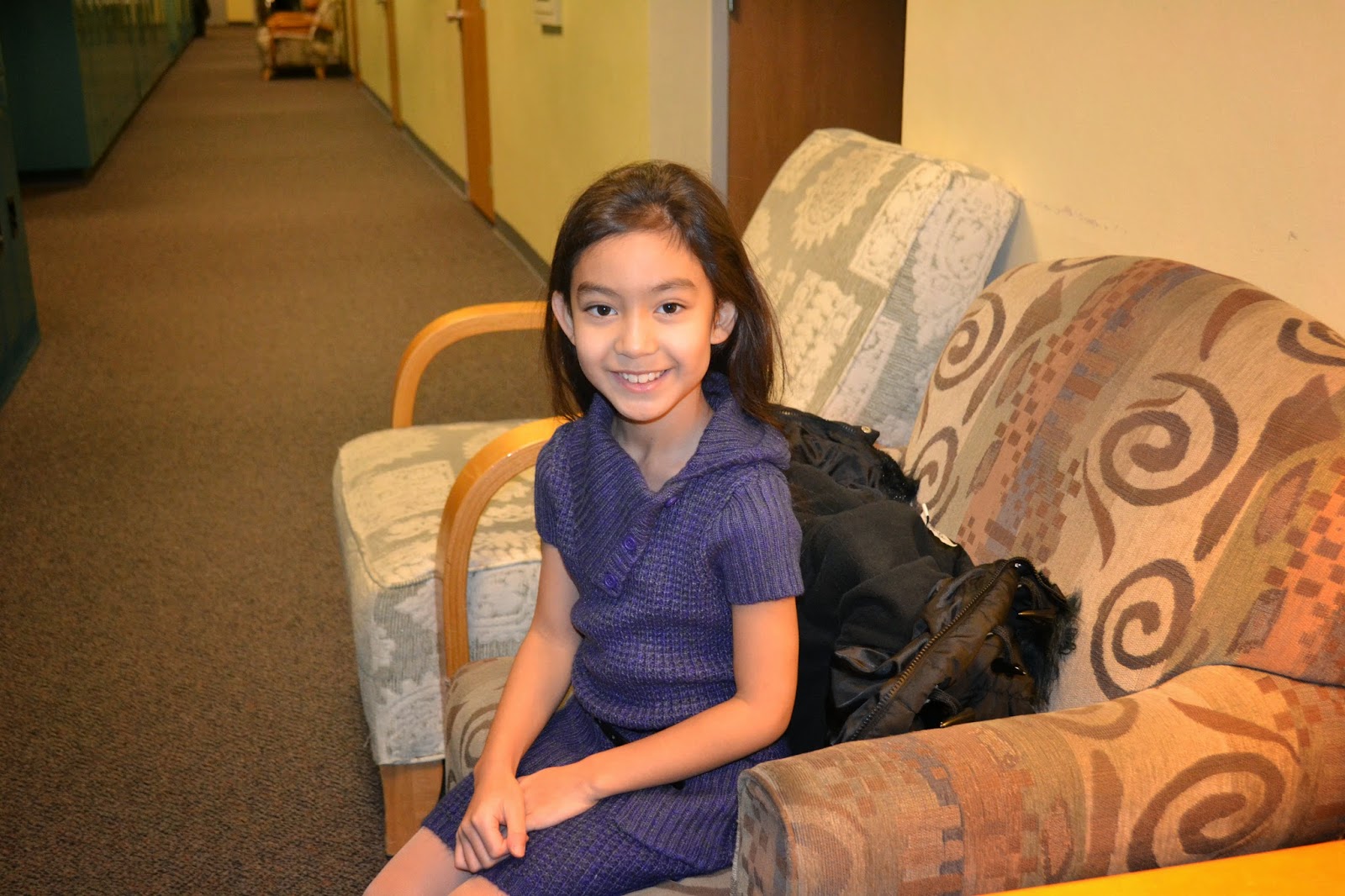 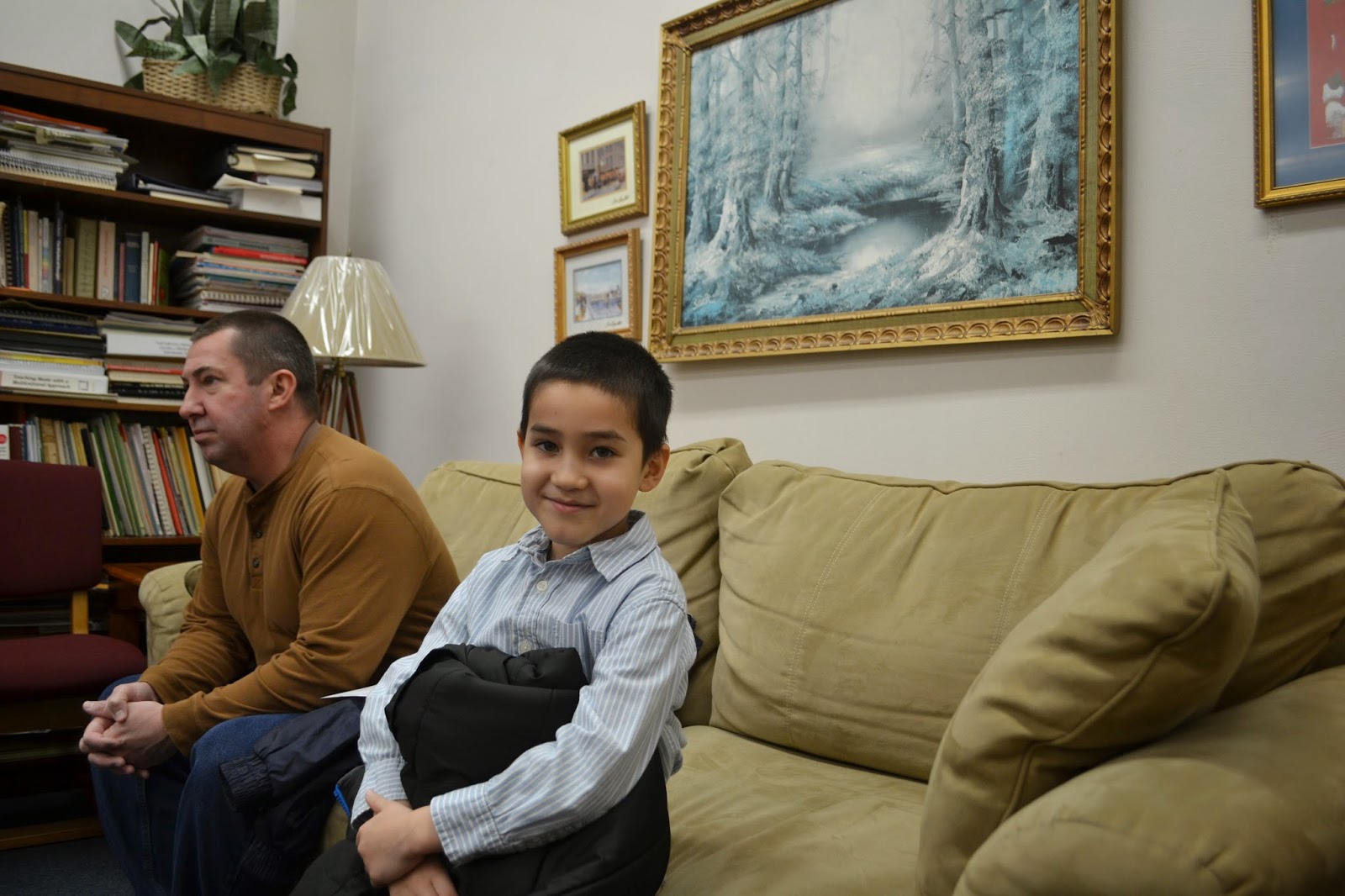 Natasha Snitkovsky is the Artistic Director and Chair of the Piano Department at City Music Center of Duquesne University. She is also Director of Duquesne Young Artist National Competition.  She was the one who tested Ms. Burrito's musical ability.  She let her play   some piece that the little Miss did not play yet with her current teacher in Weirton.  She also let her sit backward, not facing the piano so she could ask Ms. B what keys she is typing. 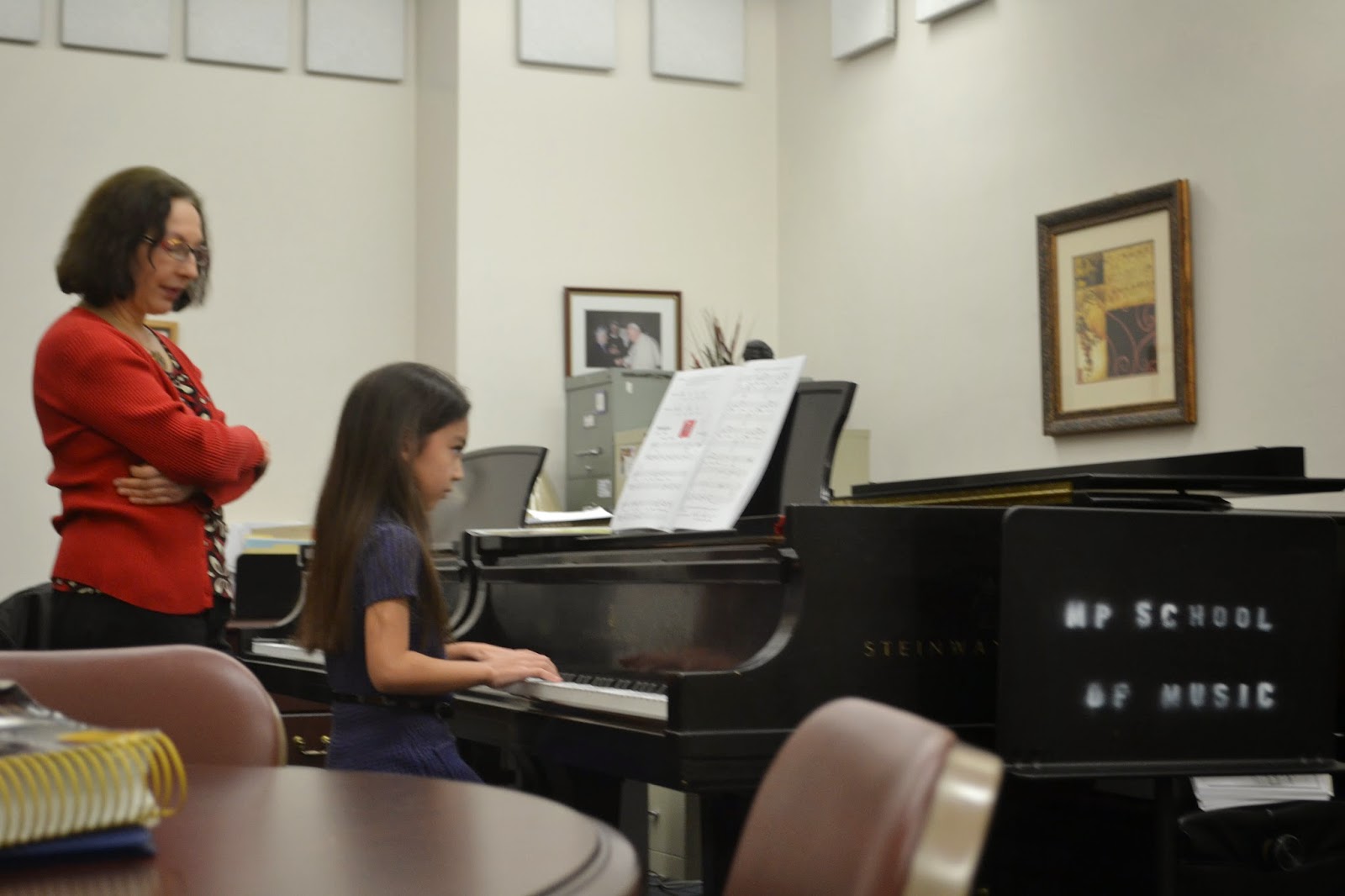 She asked us how long Ms. B has been taking piano lessons and we told her that she started in January of 2013.  She said that given the short period of time, she is already at a level three skill which  she think is  excellent.  She kind of scolded us why we started  her  so late in piano.  She said that we could have send her to school when she is just 3 years old.  We never really thought about engaging our kids to those kind of stuff  before because my husband was still in the service and being overseas is not easy. 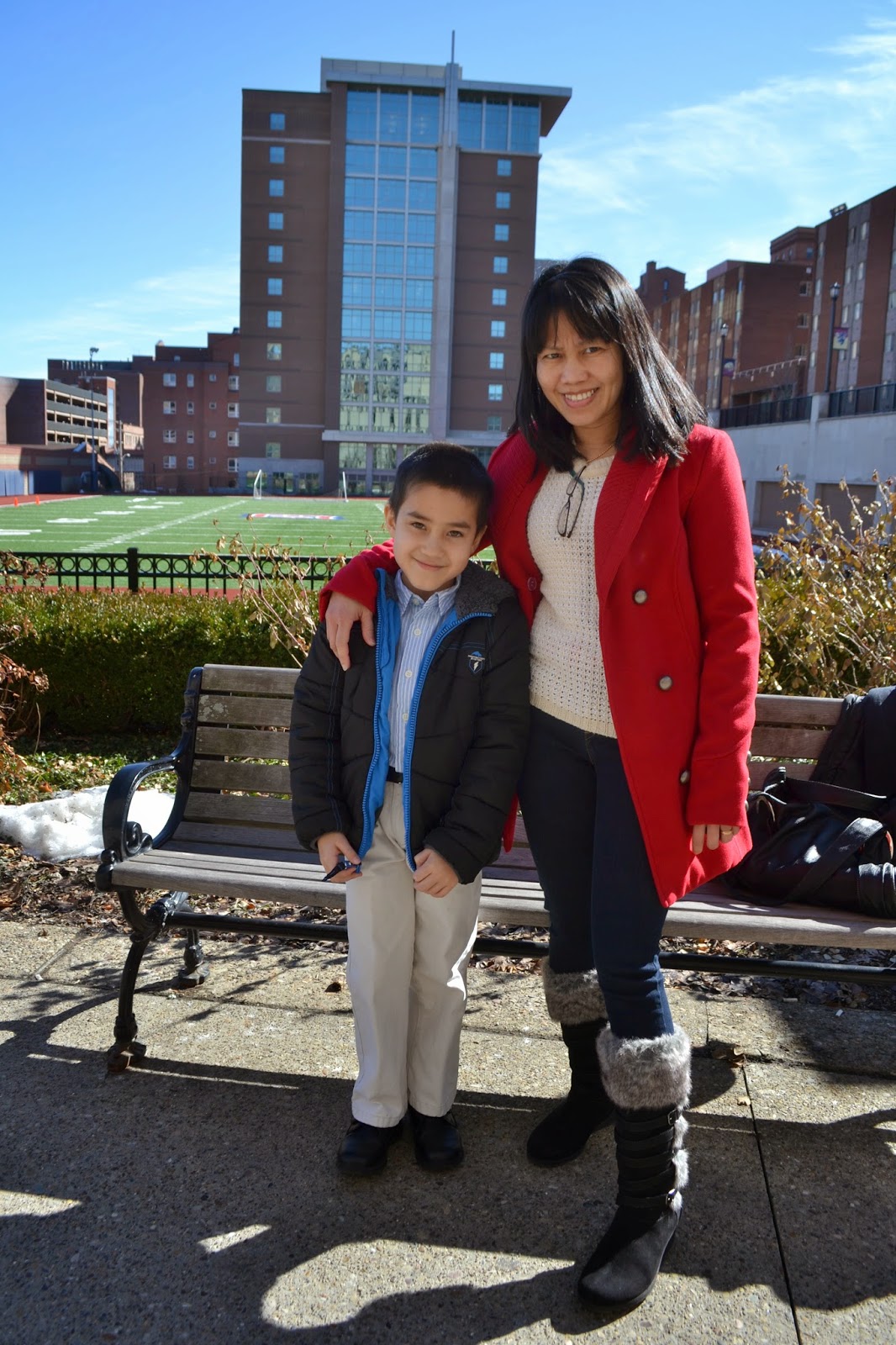 Shadow Shots
But anyway, Ms. Snitkovsky will take her under her mentorship.  The Director of Music Admissions, Troy Centofanto,  who assisted us during our visit  was impressed that Ms. Snitkovsky took  our daughter under her wing because he said that there are other students who are on her waiting list. 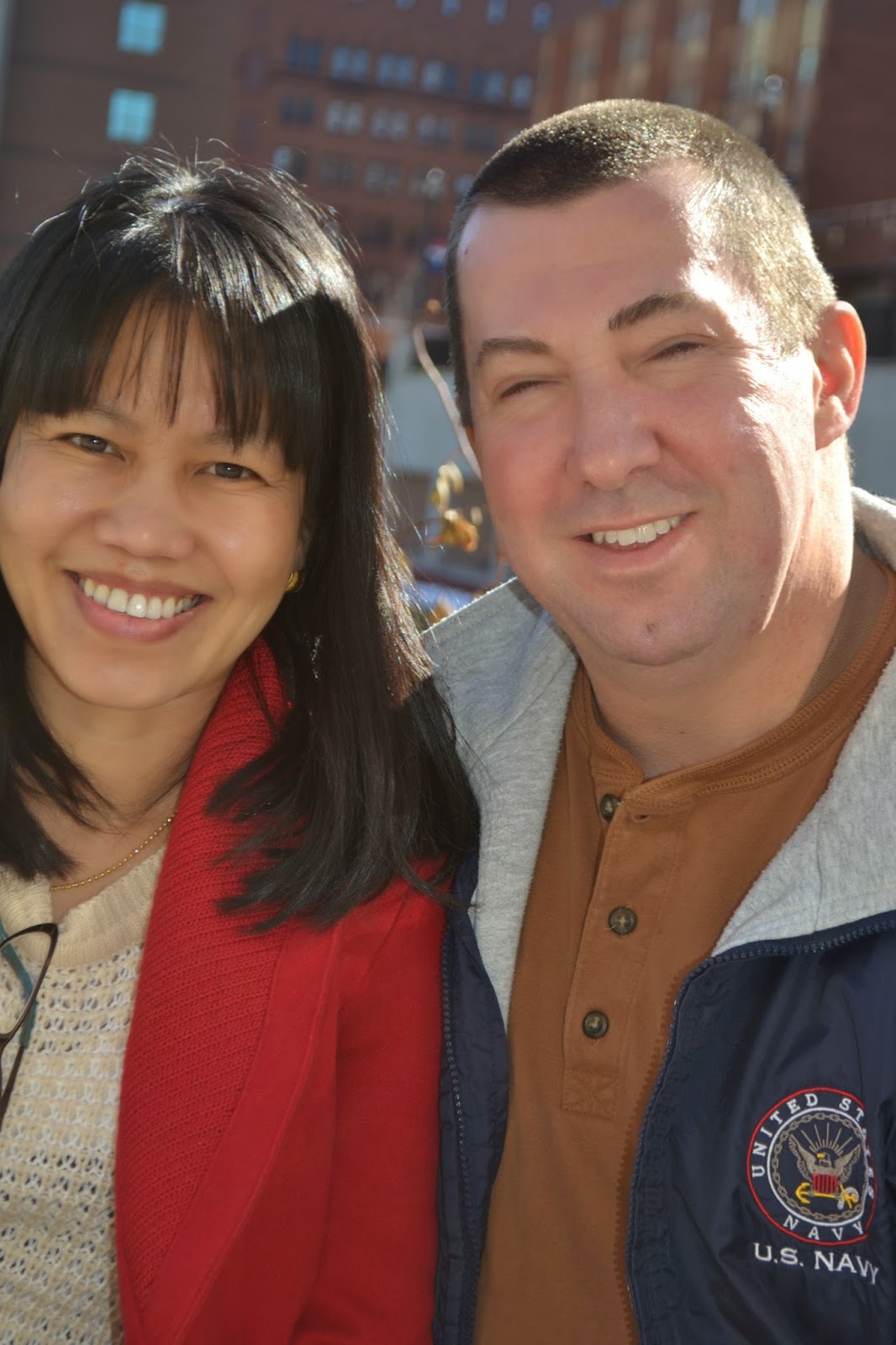 Ms. Burrito have participated in three different  classes that day just so she could experience what is it like and how their music program goes.  She likes the singing part. 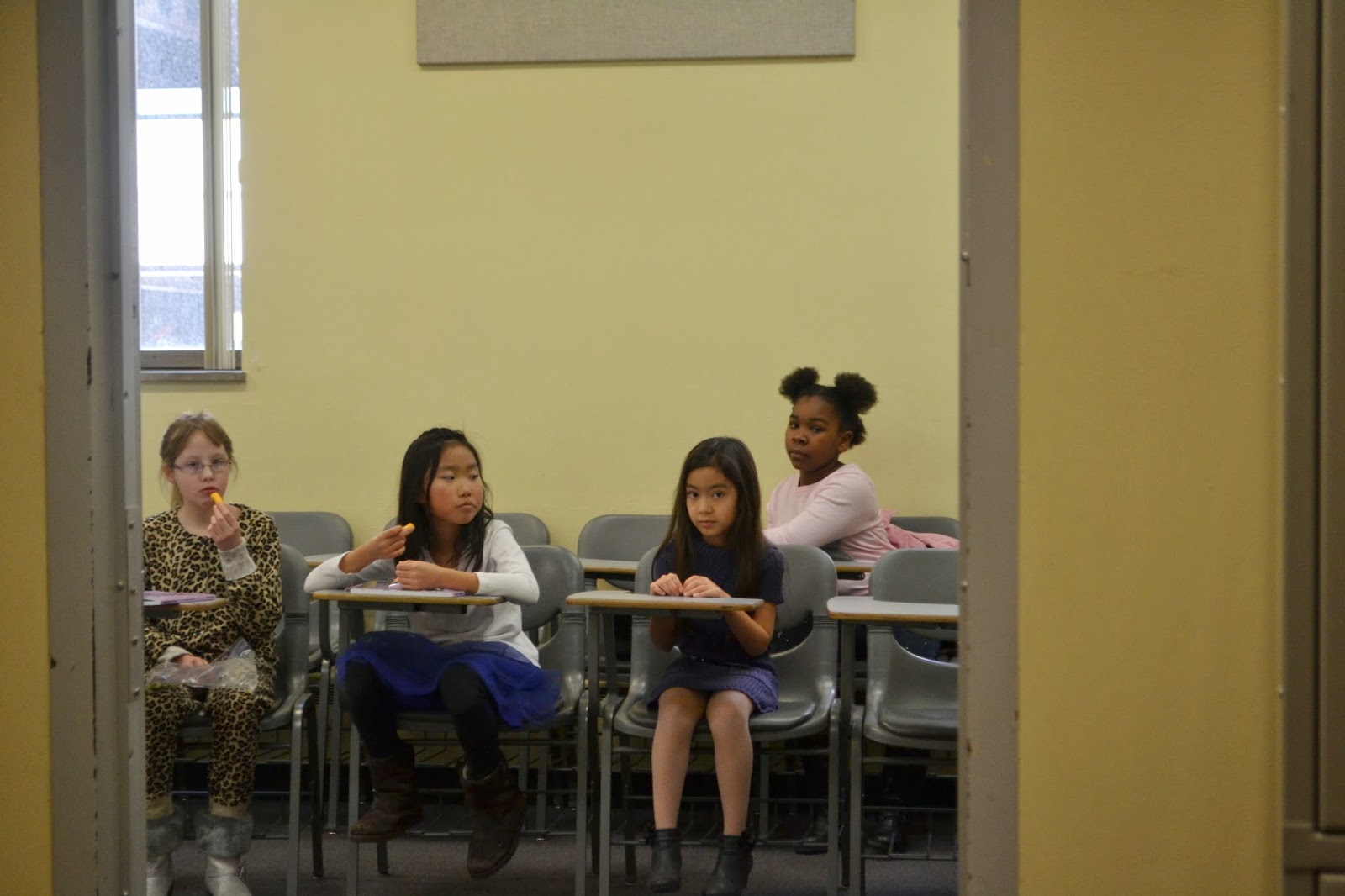 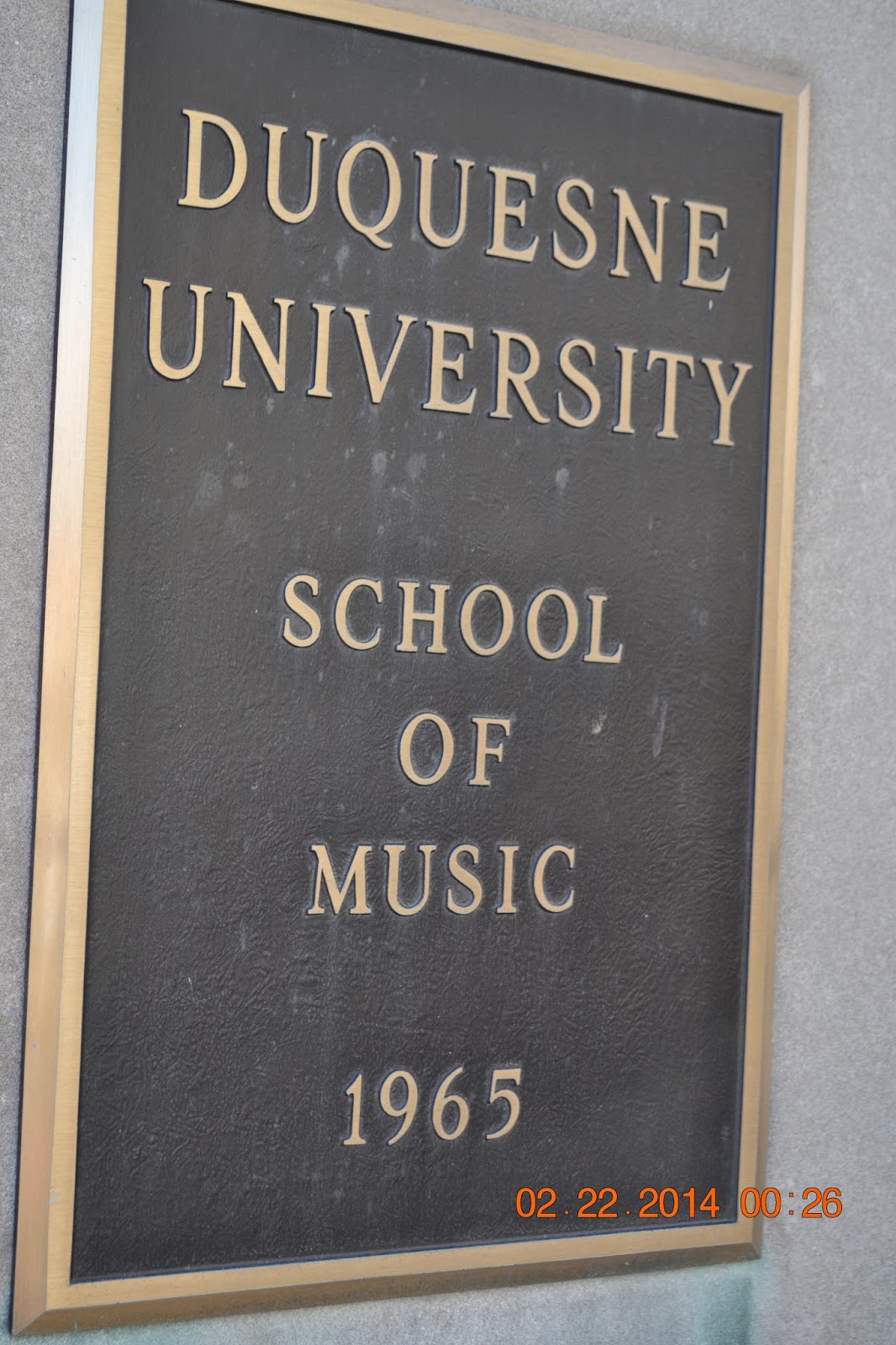 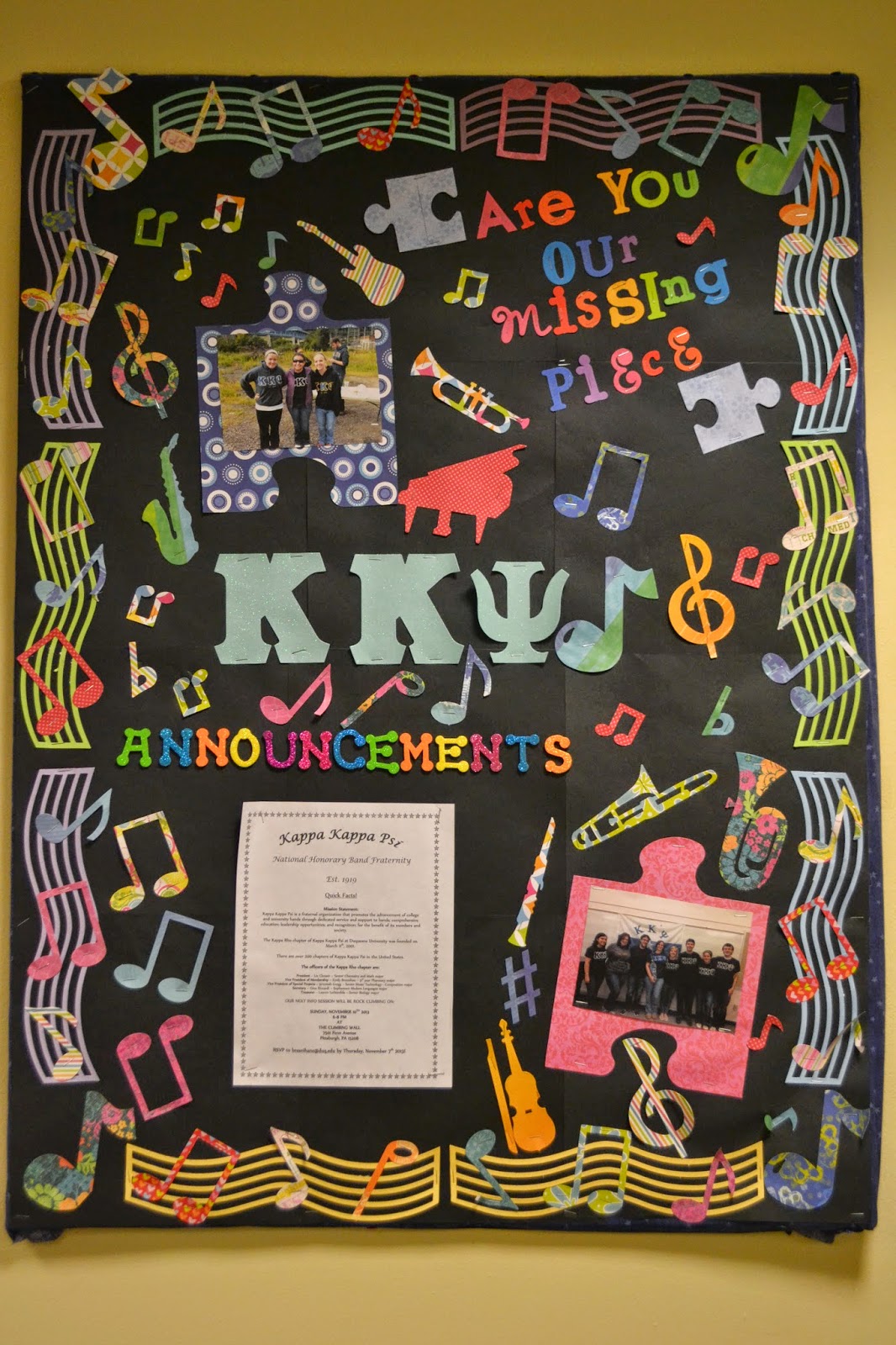 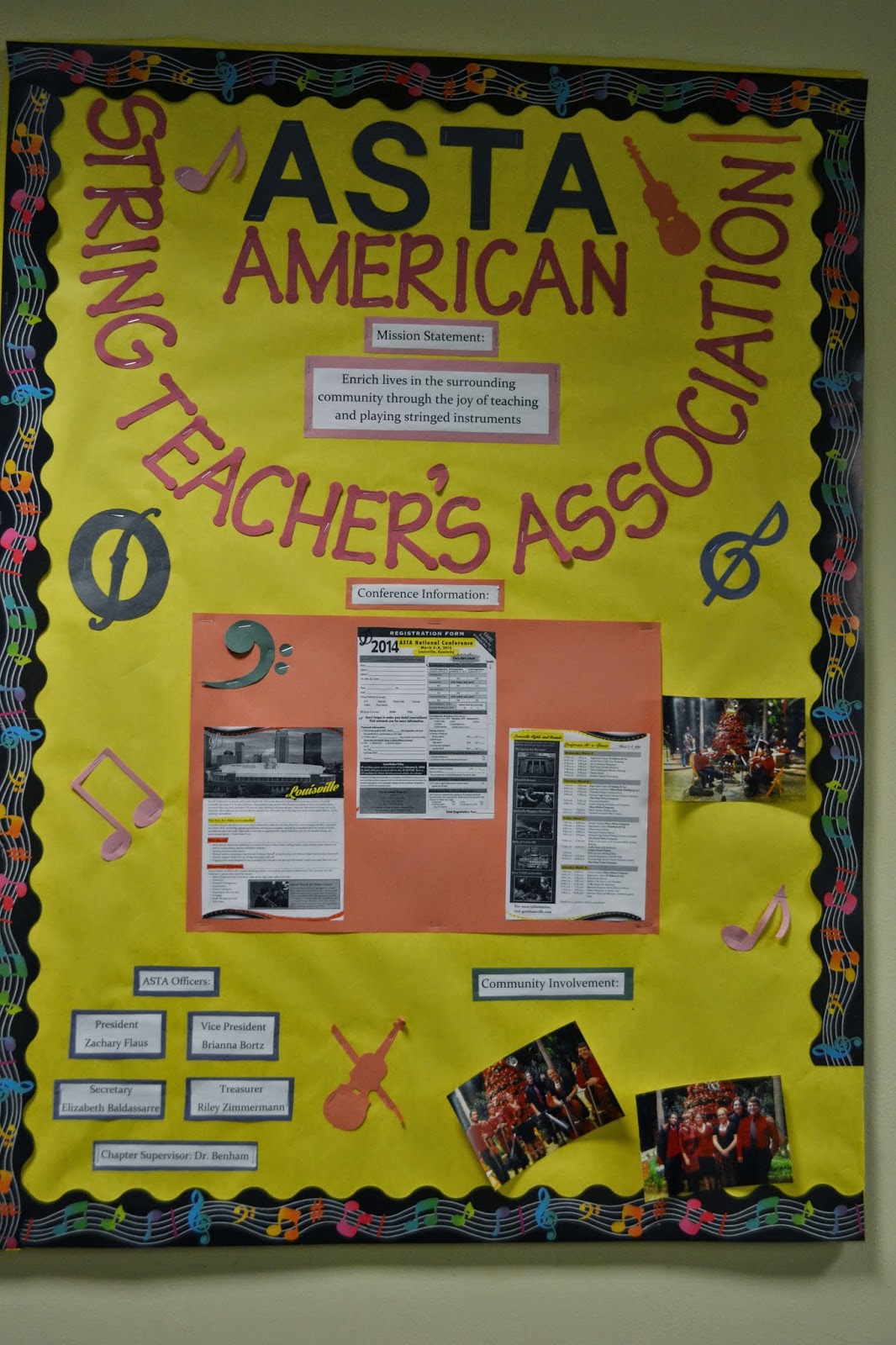 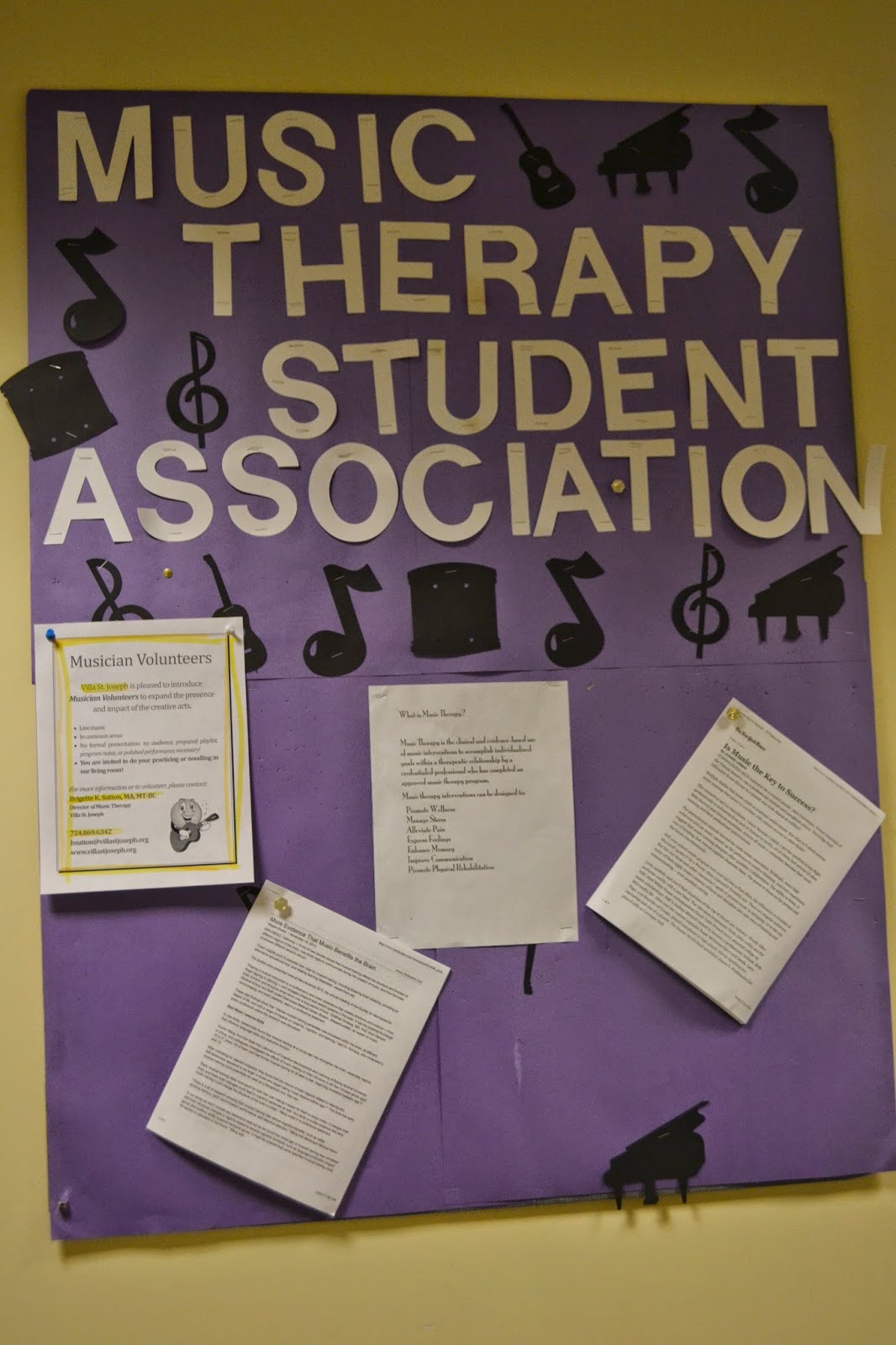 The tuition is a lot higher than what we are paying with her current teacher at  Torrance Music but I think that it will open a bigger opportunity for our daughter at Doquesne University.  I don't really want to leave her current teacher because she ios such a  great teacher for Ms. Burrito.  We are thinking not to pull her  out from her  even though she will go to Doquesne this fall but am nit sure yet.  We will see.

Before we left the campus, we had a great time exploring the university.  We even stood at their Frank and Florence Sklar Skywalk and took some photos of the bottom view. 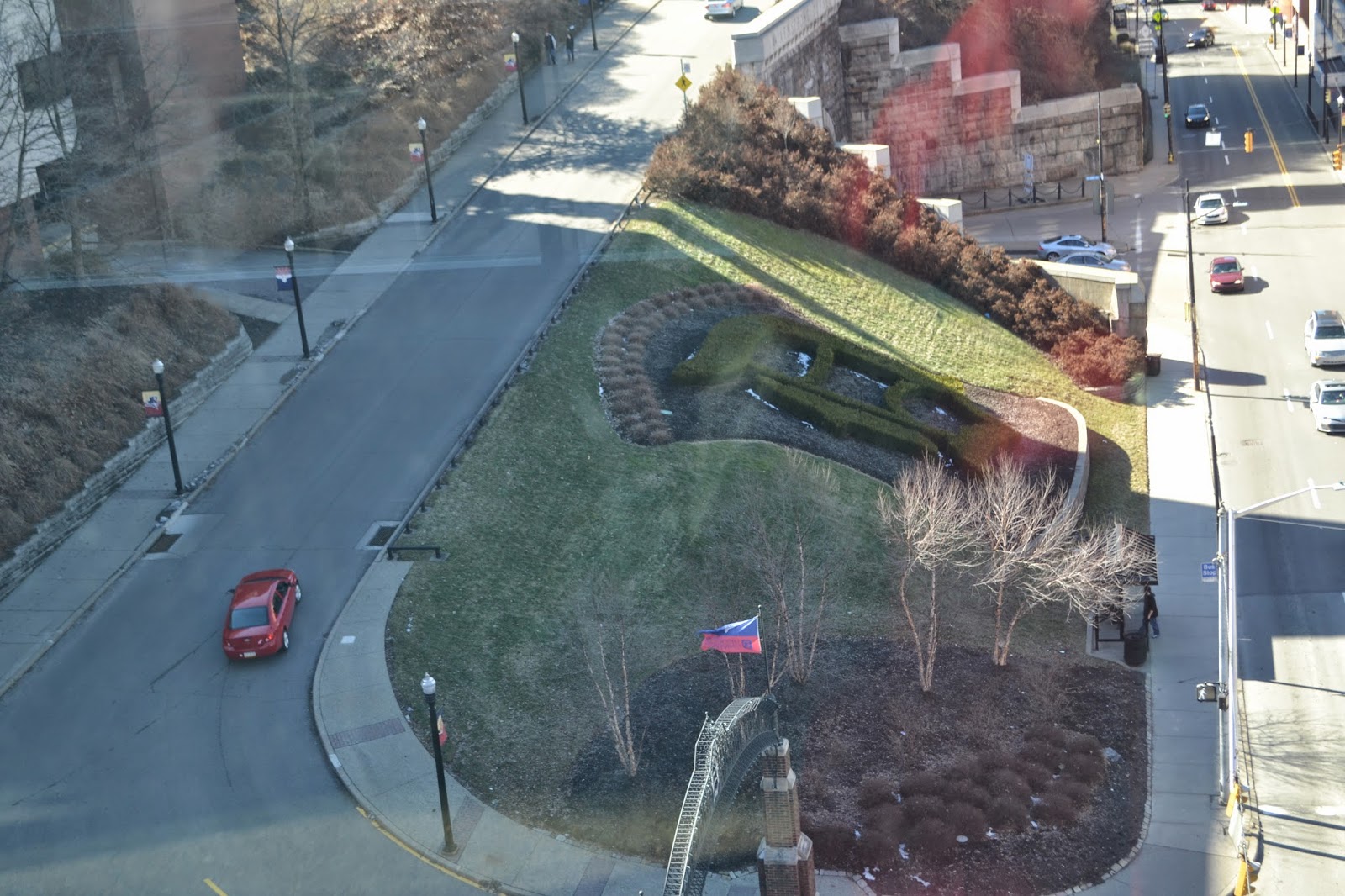 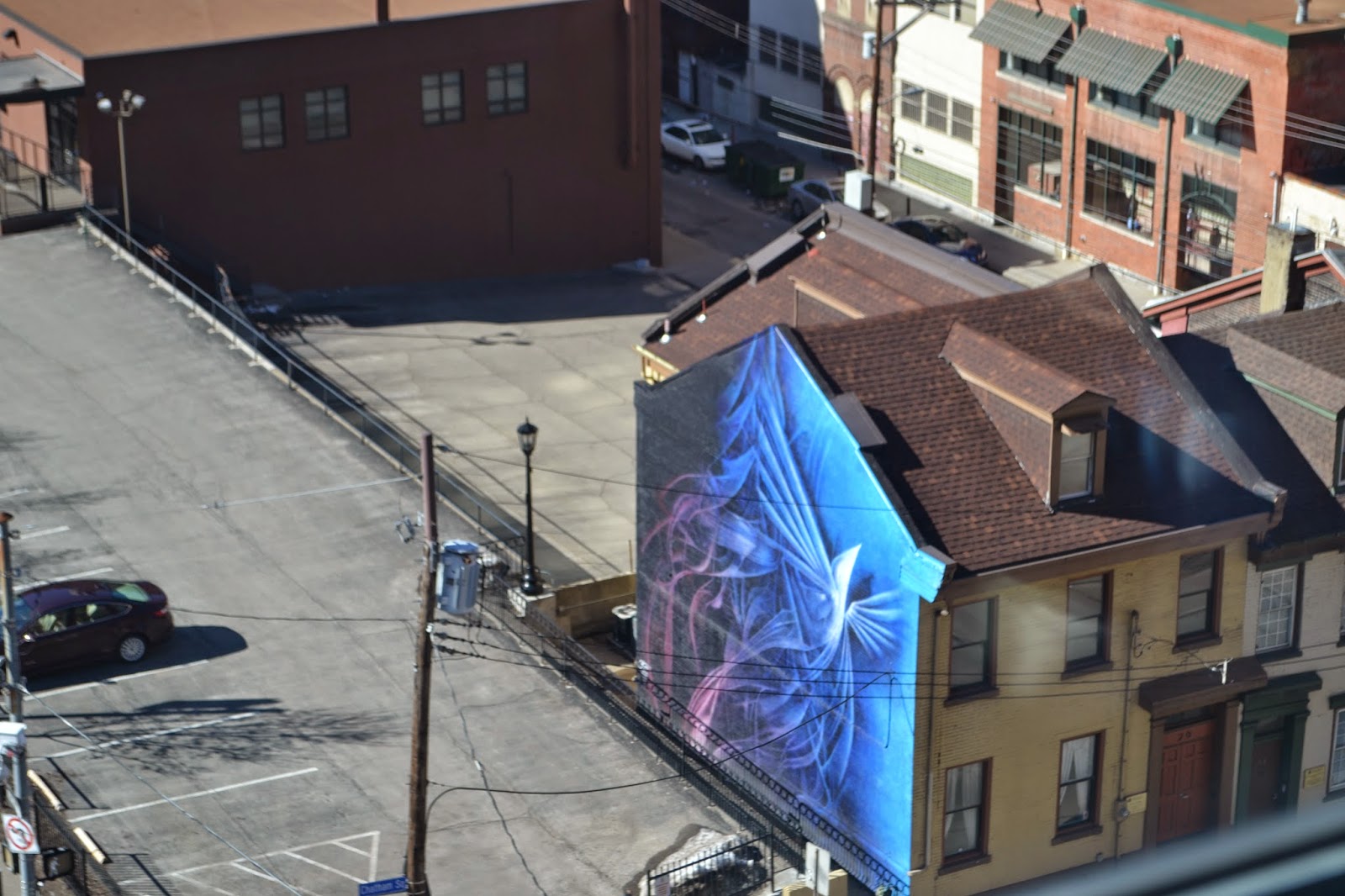 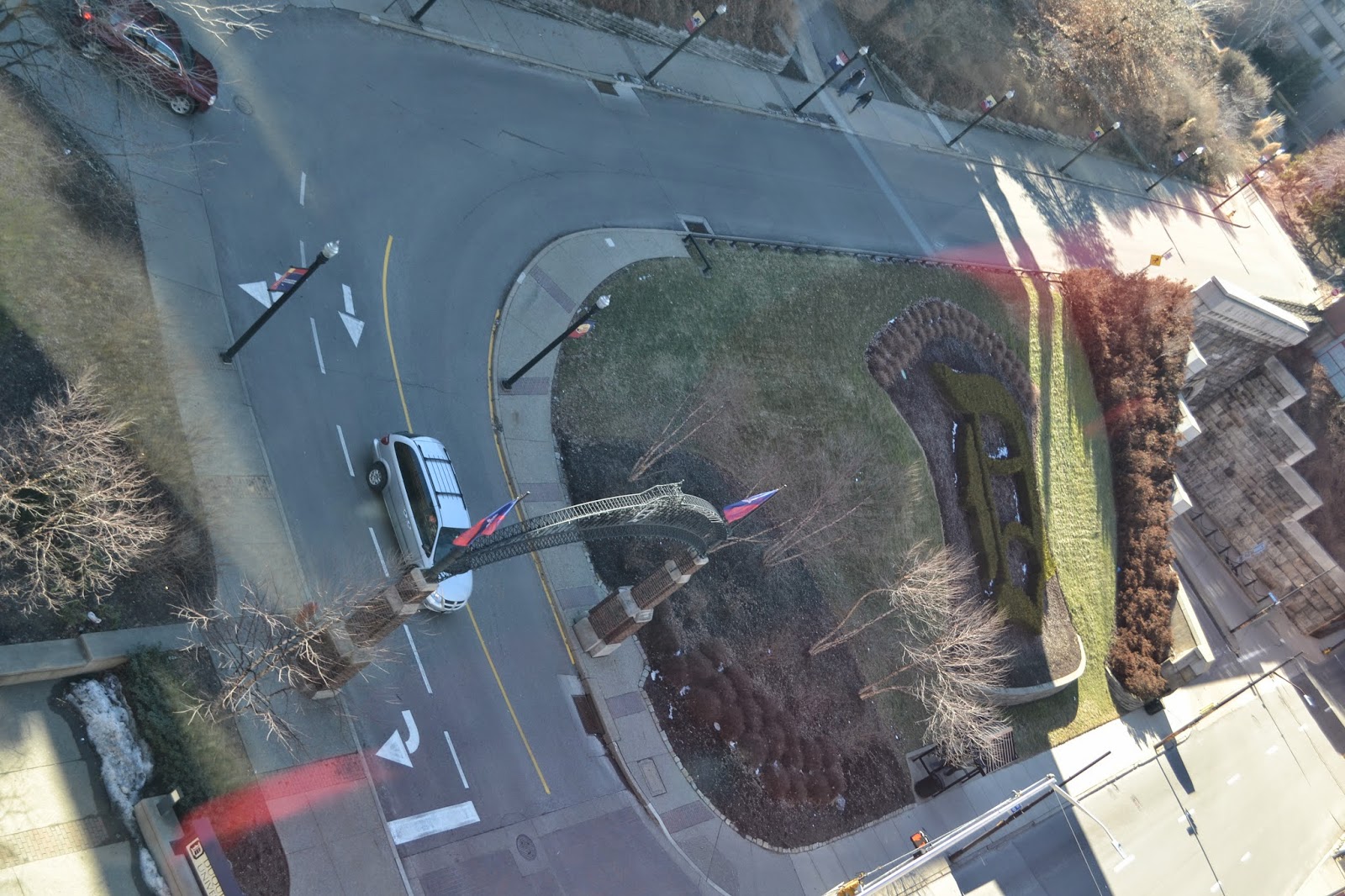 As you can see in the map, it is a huge university. 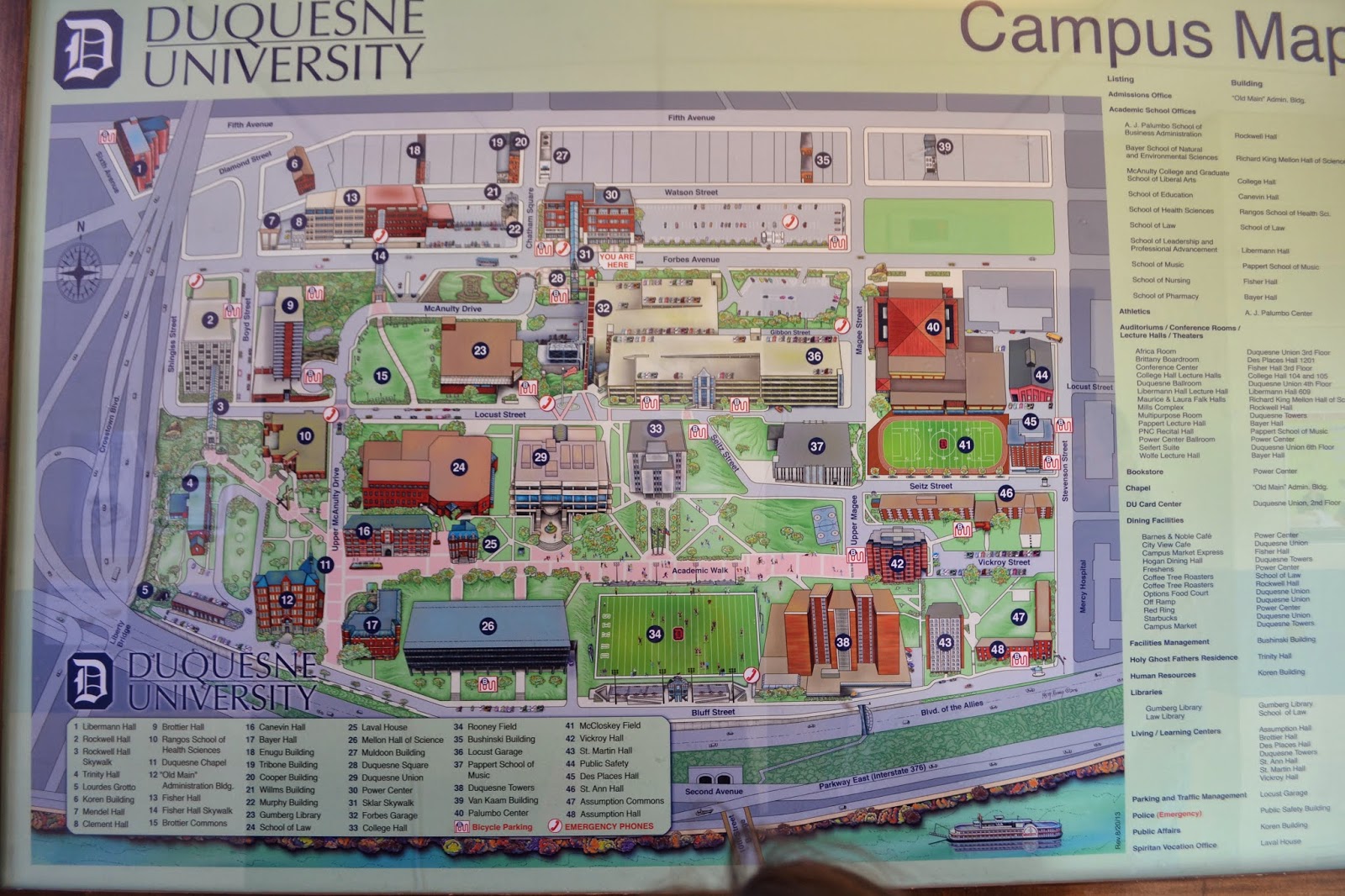